When looking at annual growth (year-over-year), Alberta has seen substantial growth in population when compared to other provinces. On July 1st, 2019, Alberta reported a population of 4,371,316 people; from July 2018 to July 2019, Alberta's population grew by 70,595, which equates to 1.64% of the total population.

*Source: Province of Alberta, all other number provided by StatsCan 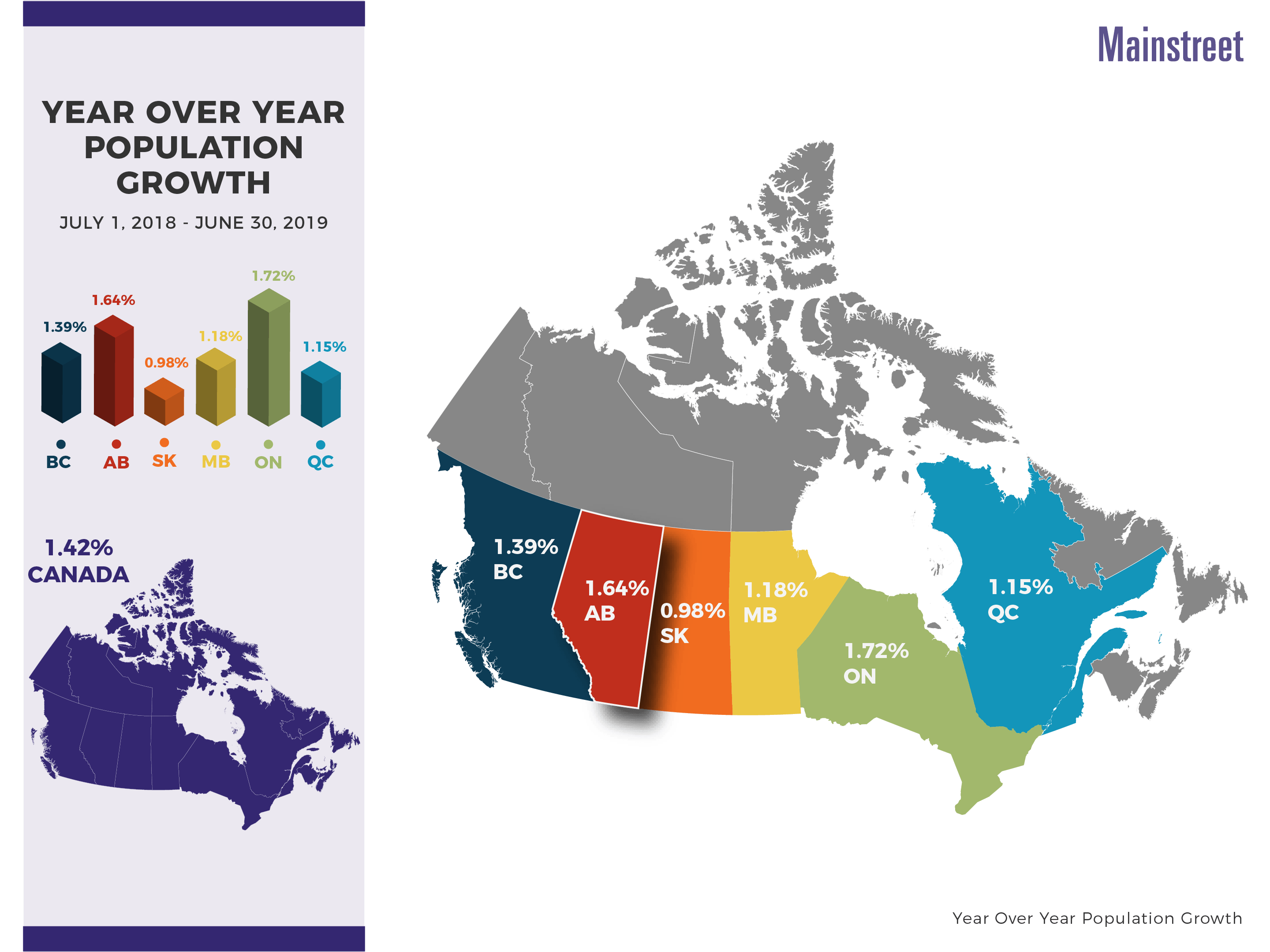 Recently, Alberta has experienced an upward trend in interprovincial migration. People from across the country are relocating to Alberta, with a large portion coming from other prairies provinces like Saskatchewan and Manitoba. One of the driving factors is the affordability of property when compared to markets with high priced property (Vancouver & Toronto). 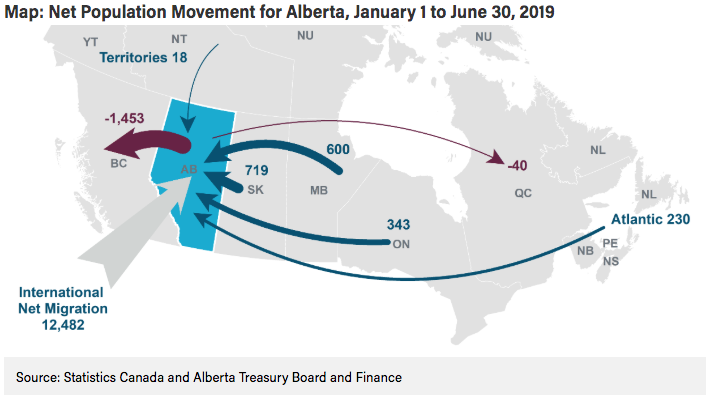 The projected trends for Alberta are that it will increase its population exponentially between now and 2046. Based on current information and trends, it is estimated that by 2046, Alberta will have: 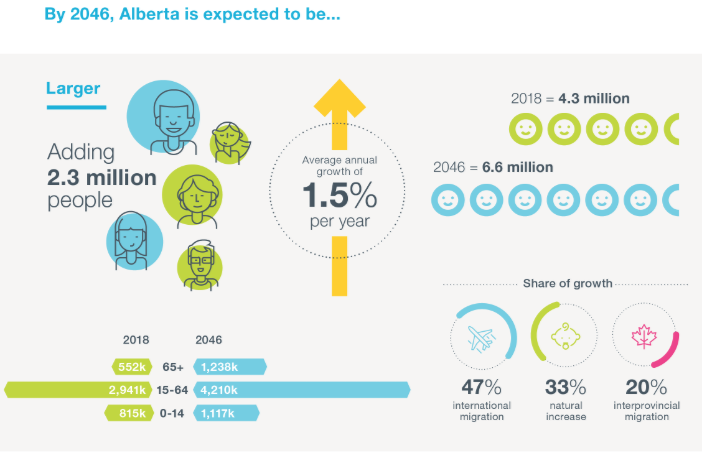 More specifically, it is expected that the regions in Alberta expected to see the most substantial growth are the urban centres of Calgary and Edmonton (estimated +80% of provincial migration). This is likely due to the fact that since the primary source behind Alberta's population growth will be international migration, most people who internationally migrate to Alberta tend to take up residence in more urban areas due to the higher accessibility of jobs, residences, accessibility, and amenities.

It is also estimated that by 2046, the number of senior residents living in Alberta will more than double. This will mean that 1 in 5 people living in Alberta in 2046 will be a senior. This projection is on par with the national average. 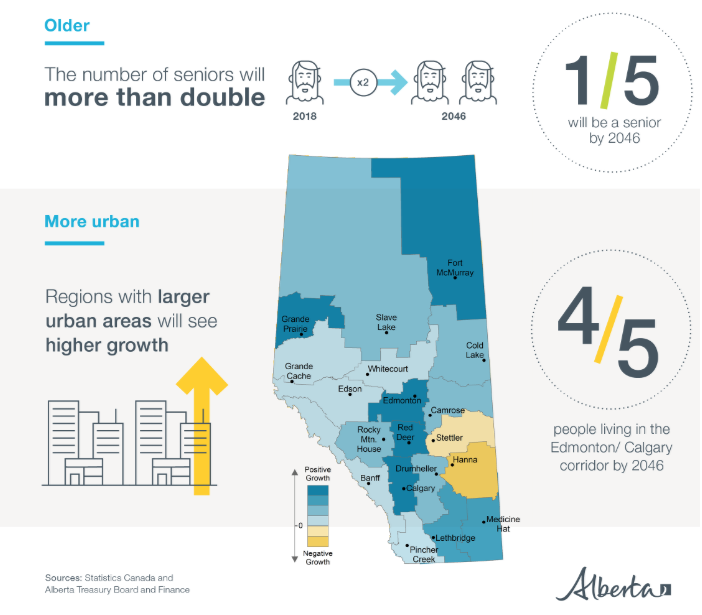