In 2019, Canada was the fastest growing country in the G7, with a recorded population growth rate of 1.4%. This was double the per-capita growth of the United States and the UK. Canada also posted over 4x the growth of France & Germany. 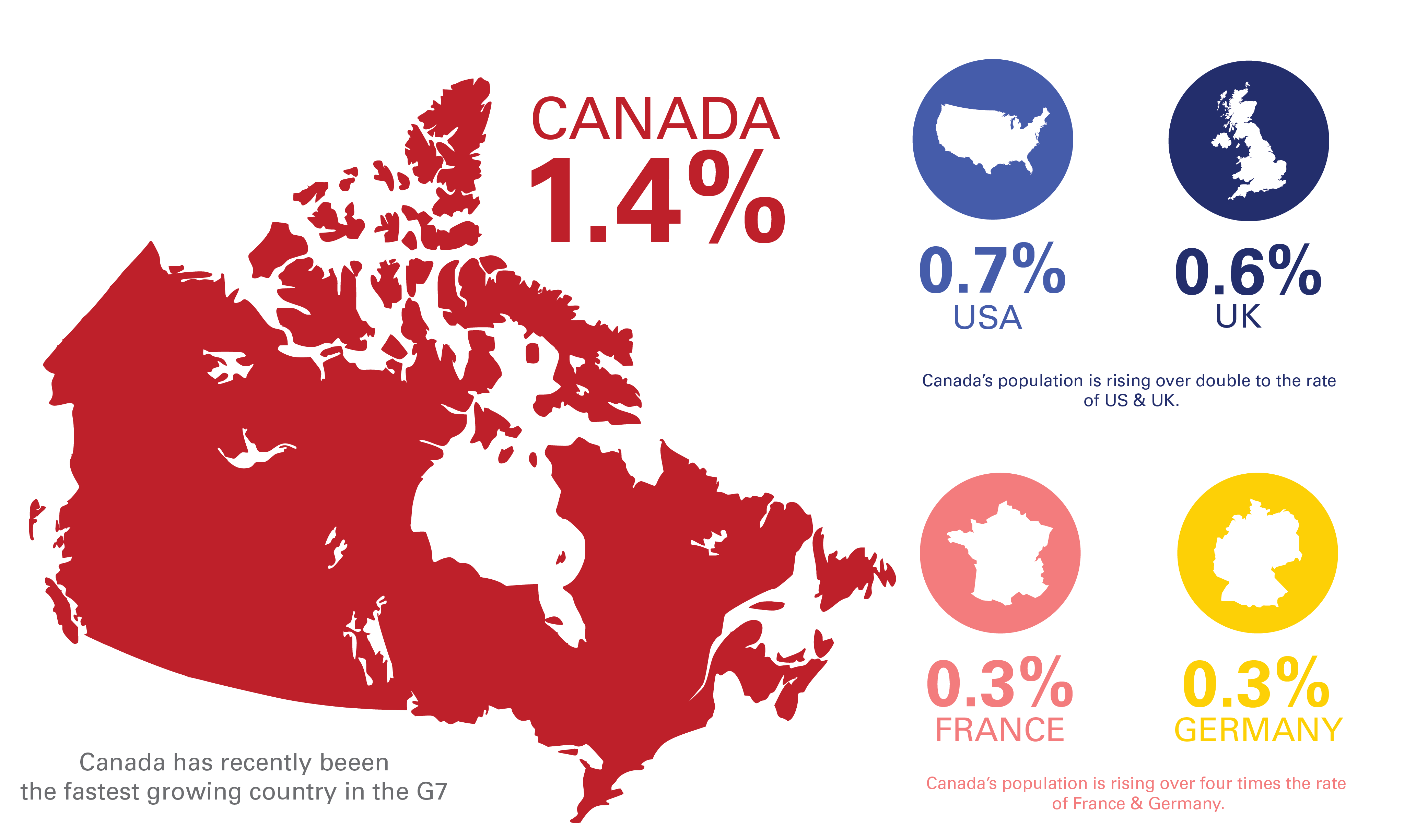 Future Projections of the Canadian Population

Canada's population in 2019 was roughly 37.79 million. During the course of 2019, Canada saw a significant uptick in population, this was largely fueled by immigration. Canada saw over 200,000 immigrants move to Canada in 2019, the largest population growth since 1971. If this trend continues Canada's population by 2050 is projected to grow significantly. Based on these projections the Canadian population will be 48.8 million people (medium growth projection) to 56 million people (high growth projection). If this trend continues, Canada could top the United States in Economic Growth this year as immigration being the driving force.

Over the course of the last 10 years, Canada's population grew by 3.8 million people, while the rental universe grew by 273,000 units. The growth in population and the lack of supply has led to an increased demand for rentals. If the Canadian population continues this trend the major urban centres will lack the infrastructure to support the booming population.

Alberta alone is projected to add 2.3 million people over the next 28 years, reaching 6.6 million by 2046. That equates to an average annual growth rate of 1.5% (82,000 people). CMHC estimates that 80% of people are going to Edmonton and Calgary and the corridor between the two cities which is 64,000 people. 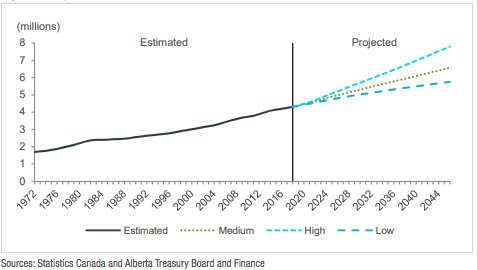 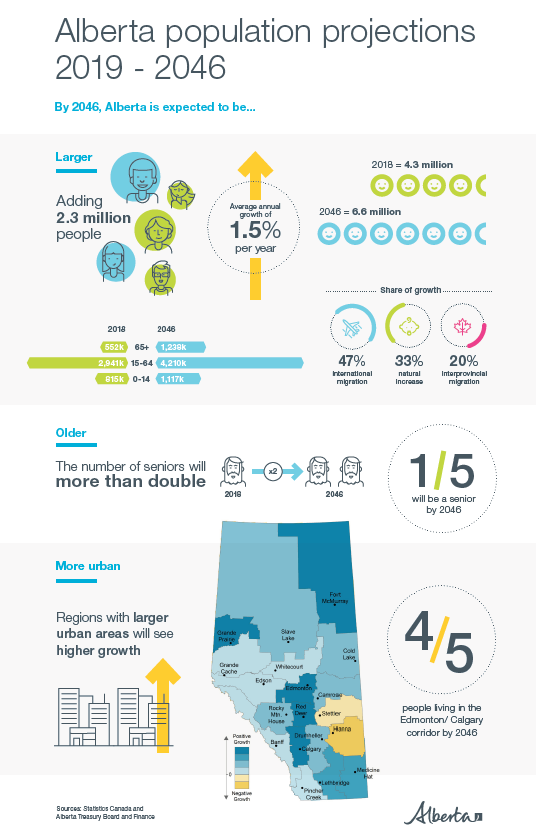 4. Canadian cities to add millions of new residents, they all can't drive to work – Globe & Mail