Between July and September of this year, Canada added over 200,000 people to our population, the most significant population growth over such a period of time in decades: five, to be specific. Fully 83% of that growth was due to international migration, something especially significant because it's never been seen before during a single quarter.

These numbers aren't just impressive because they prove that Canada remains a top choice for people from across the globe wanting to improve their opportunities; but also because they demonstrate the extent to which inmigration from abroad is driving our national economic expansion. Growth requires new customers, and you have to be doing things right to continue attracting them on a scale sufficient to sustain real growth.

New immigrants represented just over 100,000 of the people growing our population during the third quarter, with just over 80,000 new non-permanent residents also bringing their spending power along. Western Canada saw the fastest population growth, while the East Coast saw the slowest.

Canada's enduring appeal as a country with abundant opportunities continues to drive the population and economic growth so crucial to the nation's prosperity. 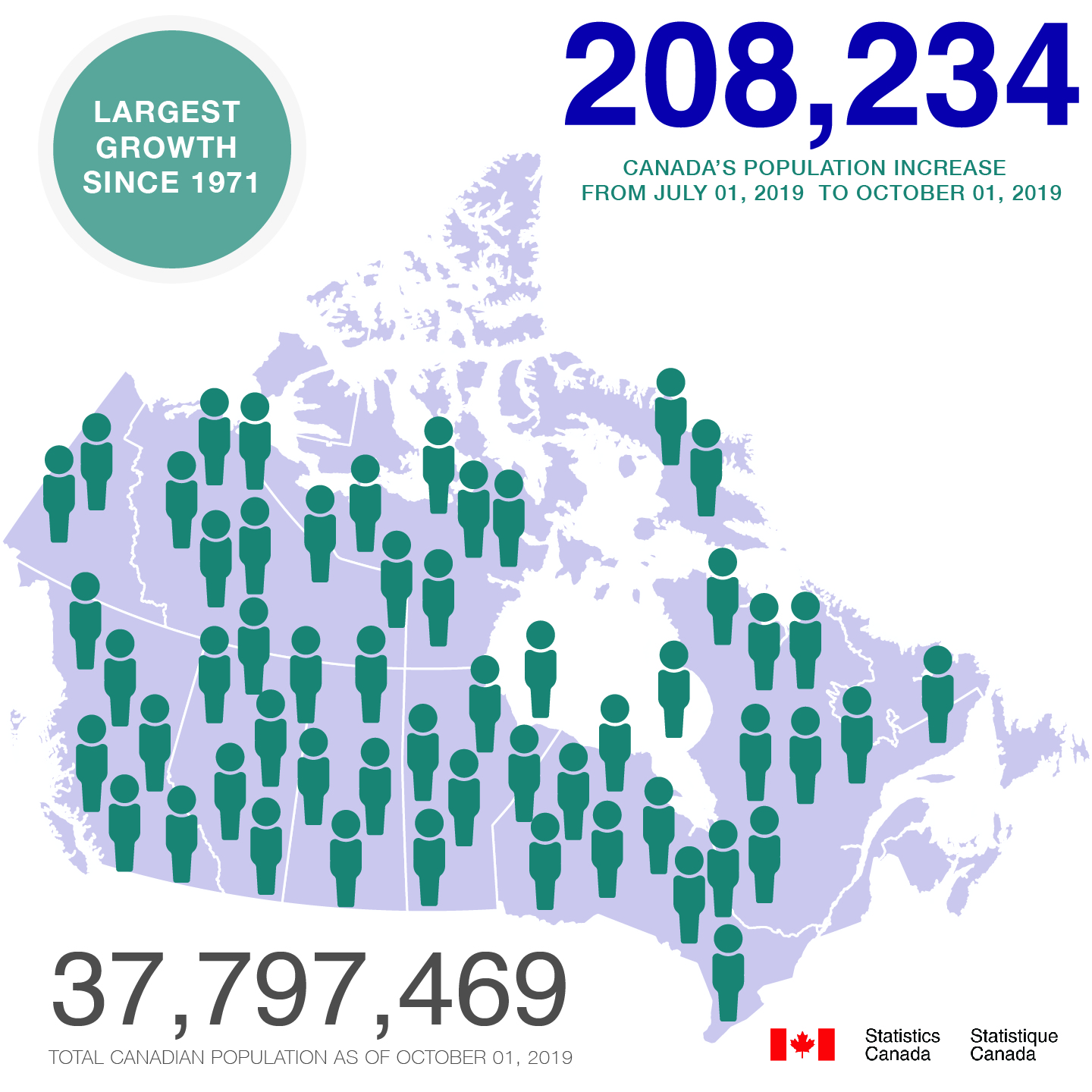