If you are a current student or upcoming student who will be living in the Saskatoon area, then you are no doubt wondering where the most affordable and student-friendly neighborhoods are located. The following guide will help you find out where the students are living in Saskatoon so you can make an educated decision about where you will live during your studies.

One of the reasons why Saskatoon so appealing to students is the relatively low cost of living when compared to other major cities in Canada. Saskatoon also has a buyer/renter-friendly market due to increased vacancies leading to steady and even lowered rental rates. Saskatoon is home to one of the countries most popular and prestigious universities, the University of Saskatchewan which offers an array of programs, bachelor degrees, doctorate degrees, and masters programs.

This district is close to several universities and campuses, including the University of Saskatoon, which makes it centrally located for many students. The area of Sutherland and University Heights are considered highly affordable, providing residents with access to convenient bus routes that are often located within just a 5-minute walk of student's homes. In addition to this, the district has several shopping centres which contain everything from necessities to hobby goods, including sporting goods, bookstores and more.

This is one of the newer districts for students and is considered one of the more hip and vibrant districts for students in Saskatoon. It is not as close to the university as other districts, but most of the neighborhoods are located nearby bus routes that will take them to campus within 25 minutes to an hour depending on the line. Newer amenities in the area include a civic center with swimming facilities, a large scale shopping center and more.

This is a primarily residential district that includes College Quarter residences that are within about a 10-minute walk from campus as well as the Place Riel transit hub. This district is ideal for students who don't want to stay in university housing but want to be within a very short and easy walking distance of campus. Some of the further neighborhoods are also close to bus routes that will take them directly to campus.

This district features plenty of different rental types, from apartments to duplexes to entire houses. This is one of the oldest parts of the city, and most of the neighborhoods in this district are conveniently located close to the downtown/City Park area. Some of the neighborhoods West of City Centre are within walking distance to campus, but others are located within a direct bus route which will take about half an hour to an hour to get to the University of Saskatoon campus. Notable amenities in the area include Confederation Mall, numerous restaurant and fast-food opportunities, and the Gordie Howe Management area which offers recreational sports.

How Saskatoon Students Get to school students in Saskatoon have a variety of ways in which they get to school. A 2016 study of University of Saskatchewan students showed that bus was the most popular means of student transportation (46%). This was followed by walking (26%), Driving to school (18%), and biking (10%). 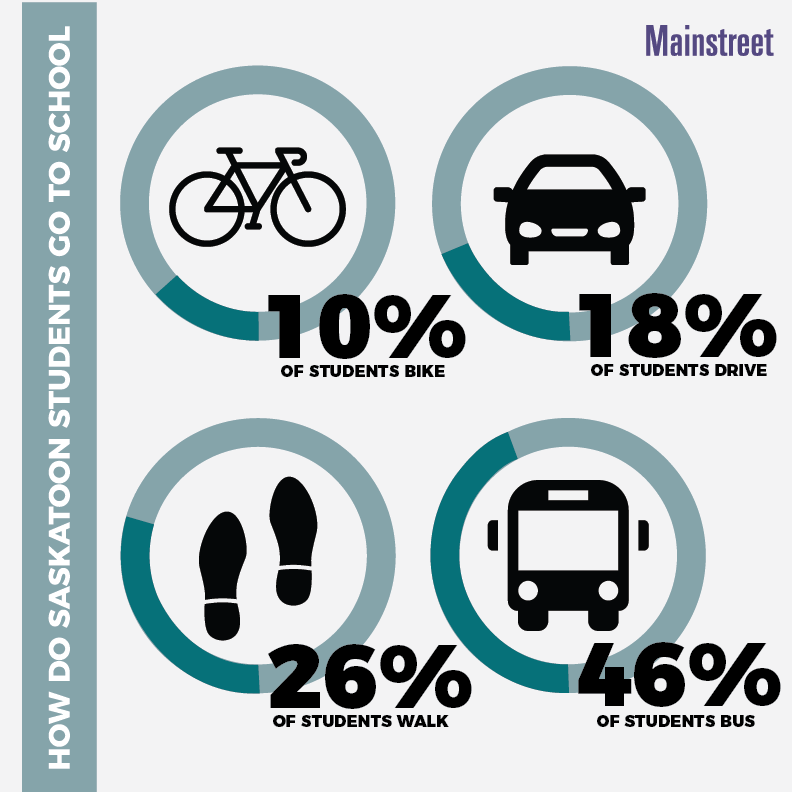 Where Saskatoon Students Choose to LiveSaskatoon has an abundance of options when it comes to student housing. Many students choose to live close to campus or in the City Park area. Based on a 2016 study of the University of Saskatchewan students, the most popular accommodations for students were apartments making up 22%. 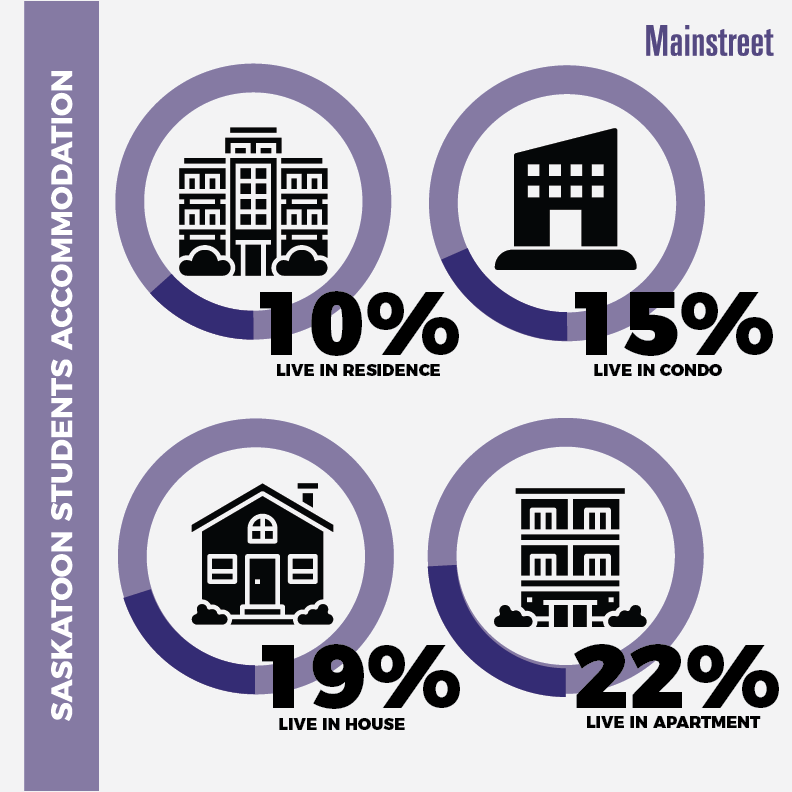